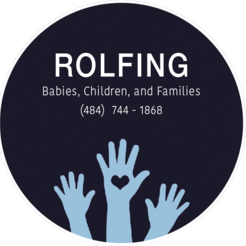 Robert is leading a worldwide effort to promote the benefits of touch to dramatically advance early childhood growth and development. He worked for three years with The ASPIRA of PA network of Charter schools and The Institutes for the Achievement of Human Potential to demonstrate the validity of using the Institute's program in public education.

Robert studied directly with Dr. Ida P. Rolf the last four years of her life and apprenticed with her son. Robert managed all of Dr Rolf’s final classes. In January of 1978, Robert provided Dr. Rolf with the opportunity to establish the validity of Rolfing for babies and children. Robert, with the support of his housemates and friends in Philadelphia, started the Children's Project . Since that time, Robert has continued to expand working with babies, children, and entire families. He has Rolfed and documented over 300 families, and began Rolfing his son, Bryan, from the first day of his life.


Robert is now committed to teaching other Rolfers and body workers what he has learned and expanding this valuable program around the world. Robert has also worked with children with a variety of developmental challenges including, autism, seizures, cerebral palsy, scoliosis and down syndrome, spina bifida, and ADHD. Robert's goal is to begin massage and Rolfing with these children as early as possible.

Robert has also Rolfed adults like Ed Bacon, the former city planner for the city of Philadelphia, Professor Raymond Dart, the anthropologist who discovered the link between apes and humans, Peter Machin, one of the men responsible for capturing Adolph Eichman, and a number of leading athletes from Philadelphia: like Jon Runyan, Irving Fryer, and Chris Go Cong. He has helped over 4,000 men, women, and children to improve their posture, relieve chronic pain, turn stress into energy and vitality, and transform their lives.